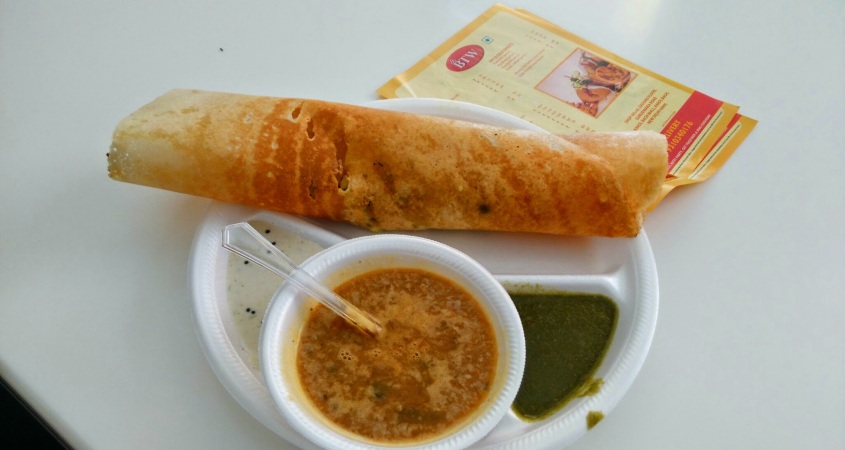 RICHMOND, VA – After grabbing lunch at her local South Indian diner, Balaji Express, Tania Reddy was more than satisfied with her meal.

She had been craving some South Indian cuisine and invited a few of her friends along on Saturday afternoon so they could all enjoy some dosa, idli, vada, sambhar, and even rasam. Halfway through her meal, she felt a pang of homesickness. “I wish I could remember this meal forever”, she thought to herself.

Little did she know, that’s exactly what would happen for the next 18 days.

It all began the morning after, Miss Reddy woke up on Sunday morning and visited the local farmers market. As she picked up various fruit she noticed the bright yellow turmeric tint her fingers and fingernails now had.

“Man that meal was so good”, she thought, “Definitely worth the yellow nails.”

Four days later, as Miss Reddy was giving a presentation at her architecture firm, she noticed her still tinted fingernails. However, this time they were brighter than before and no longer reminded her of the satisfying meal she had had.

Ten days later, while at kickboxing class, Miss Reddy took off her boxing gloves and unwrapped her hand to find that her usually almond colored fingers were still tinted a dull gold color.

“I must be imagining this,” she thought, “There’s no way I can still be stained. I’ve been scrubbing for almost 2 weeks now.”

Miss Reddy feverishly googled methods on removing food stains from her fingers once she reached home. 6 long hours later, she had tried everything from lemon juice bleaches to organic exfoliants – but alas, her jaundice-esque fingers remained.

Eighteen days later, on the brink of insanity, Miss Reddy woke up and decided that a manicure was her last hope. She walked over to the nearest salon and chose a nail color.

“Black.” she murmured under her breath, “It’s the only color powerful enough.”

Adamant, she sat down and looked her nail lady in the eye – no longer ashamed about what had become of her cuticles,  she was solely focused on removing this demon blemish.

Miss Reddy left the salon feeling like a new woman. Her shiny black nail polish had completely hidden the golden carnage present on her nail beds. Looking at her fingers on her cell phone as she texted became enjoyable again, waving to her friends no longer caused anxiety – life was good.

When asked if she’d return to Balaji Express ever again, she responded,

“I’m headed there tonight with some friends. It’s been almost 3 weeks since I’ve had dosa.”