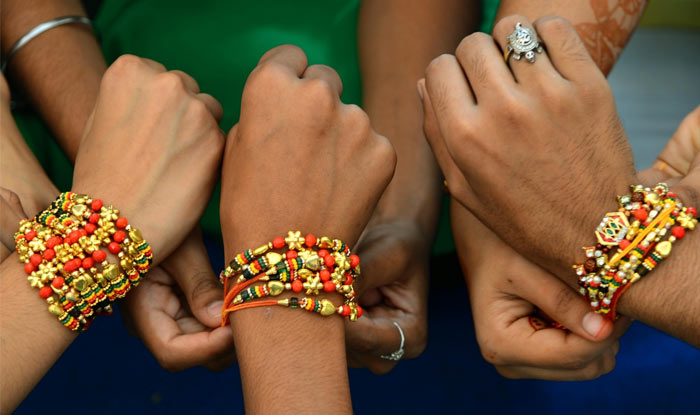 ANN ARBOR, MI – This Raksha Bhandan, Poonam Kaur decided enough was enough. Tired of her male friends texting her things like, “haha we would totally be a cute couple” or “You’re too pretty to go that party alone ;)”, Kaur took matters into her own hands and decided to add 4 rakhis to her repertoire this year.

“I’ve never been interested in them but I’m stuck seeing them at every party and most study sessions,” says Kaur, “I’m in a relationship…with a girl and they still don’t stop. Last week at a mixer, Shaan kept trying to dance with me and apparently me saying ‘Stop touching my butt’ multiple times was sending him “mixed signals.””

She pulls out 4 rakhis and explains, “One for Shaan, one for Harish, one for Jay, and one for Rahul. It’s been a weird year, they’ve even met my girlfriend but the ‘Are you sure you’re not into guys?’ texts haven’t stopped.”

Upon asking Kaur’s friends how they felt about the rakhi development, they answered, “Whoa, that’s the 6th girl this year that said she’s tying a rakhi to us. Except for Poonam’s girlfriend…are they still dating? Asking for a friend.”