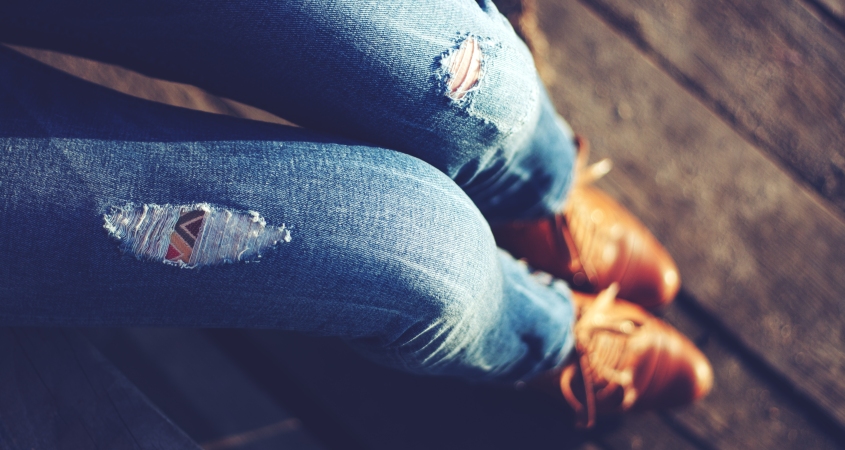 Having gotten 186 likes on Instagram for making that outfit her #ootd, Ms. Gupta was fairly confident in her look. While getting ready, she opted to switch out her regular skinny jeans for her brand new ‘distressed’ pair inspired by Kylie Jenner with tasteful tears at the knees. While Ms. Gupta’s parents lamented that she will “freeze to death in this weather wearing jeans like that” during the whopping 10 ft. walk from the car to the garage, she stuck to her outfit choice.

Upon arriving to the family party, Ms. Gupta grabbed a Styrofoam plate and while carefully picking out the least soggy samosa she was approached by that annoying kid Mihir’s* mom, Preeti aunty.

“Oh beta, looks like you’ll need to get a job and buy jeans with no holes in them!”, giggled Preeti aunty, “Can you believe people pay to buy damaged clothing?”, she asked a nearby aunty.

*Mihir was unavailable to comment – he was too busy talking to the uncle’s about what the rankings the universities he got into were and how ‘he’s just waiting on scholarship info’ when everyone knows he’s staying in-state because he still doesn’t know how to do laundry.