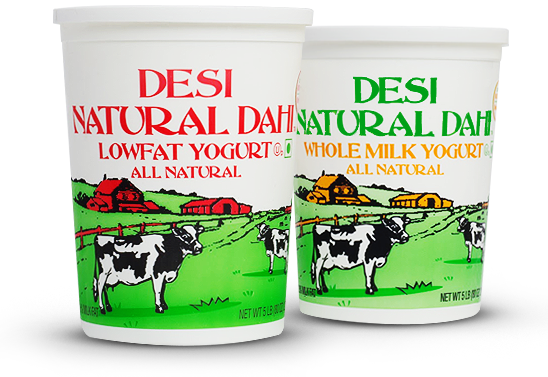 “I found her running around the kitchen screaming about something missing. And all the stuff from our fridge was out on the counters,” said Shalini.

Concerned that there might have been a burglary, Mrs. Gupta alerted the Neighborhood Operation Sanskar Aunty Yunit (NOSAY). Upon arriving at the Gupta’s residence, the local NOSAY authorities discovered at least two dozen yogurt containers of various brands on top of the kitchen counters.

After scouring the Gupta’s residence for clues, the NOSAY team of investigators found another twenty yogurt dabbas in the pantry.

When asked about possible burglary suspects, Shalini Gupta exclaimed, “OMG MOM. I told you to use labels. You have like 20 other yogurt dabbas in the fridge. It’s probably in one of those.”

“No need to waste labels, beta.” Mrs. Gupta would say.

The detective called to the case concurred, stating that labels on containers rarely matched the contents of the dabba.

Though Mrs. Gupta maintained that she is on friendly terms with all her neighbors and friends, the lead NOSAY investigator compiled a list of guests who attended the Gupta’s get together on Saturday and remarked, “Sometimes people feel shy about asking for a recipe so they resort to drastic measures like theft.”

Mrs. Das, a guest at the Gupta’s get together last Saturday, confirmed witnessing the quart sized yogurt dabba on the marble top counter. She recalled, “Everything was laid out nicely buffet style and I saw Shanti-ji’s yogurt dabba right behind the tray of white rice and next to the gulab jamun. I am sure someone must have stolen it.”

Shalini insisted, “Did you check the one that I labeled “YOGURT”?”

“No, no it’s not that one. For sure. That one has the sambar from the Rao’s son’s graduation party we attended on Sunday,” Mrs. Gupta stated.

Retracing Mrs. Gupta’s steps since Saturday, the NOSAY team determined that the yogurt in question was used to make lassi on Sunday and fresh raita to go with the biryani on Monday night, which would have given the suspect less than 24 hours to have broken into the house and commit theft.

However, after a thorough examination of all doors and windows, the NOSAY team found no sign of forced entry and stated, “This leads us to believe that the burglar could be a trusted friend who might have visited their home. Our questioning will begin with all of the guests at the get-together on Saturday.”

Anyone who may have any information regarding this incident is being asked to contact the NOSAY office.

Update: After a 3-hour search, a NOSAY investigator found the yogurt in the container labeled “YOGURT”. Now the only question is, where is the sambar from the Rao’s son’s graduation?